In this post, Dean Yeltekin takes a closer look at inflation and addresses six key questions related to its rise in the post-Covid-19 business world. 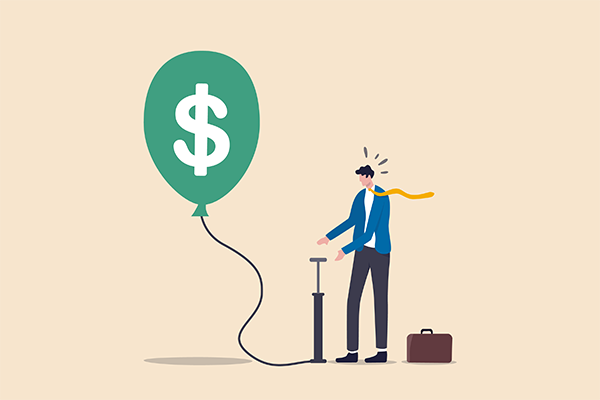 A Closer Look at Inflation

As the U.S. economy recovers from the COVID-19 pandemic in fits and starts, the steady rise of inflation is sounding alarm bells in academic corridors and newsrooms alike.

The Consumer Price Index (CPI), used by the U.S. Bureau of Labor Statistics (BLS) to gauge inflation, increased 5.4% from June 2020 to June 2021, the largest 12-month rise since August 2008. In June 2021 alone, the rate of inflation accelerated at its fastest pace in 13 years. While it’s not surprising to see inflation inch forward in seasons of economic upheaval, an increase of this size is impossible to ignore.

Below, I will address six key questions related to the rise of inflation:

Which price categories are most inflated right now? 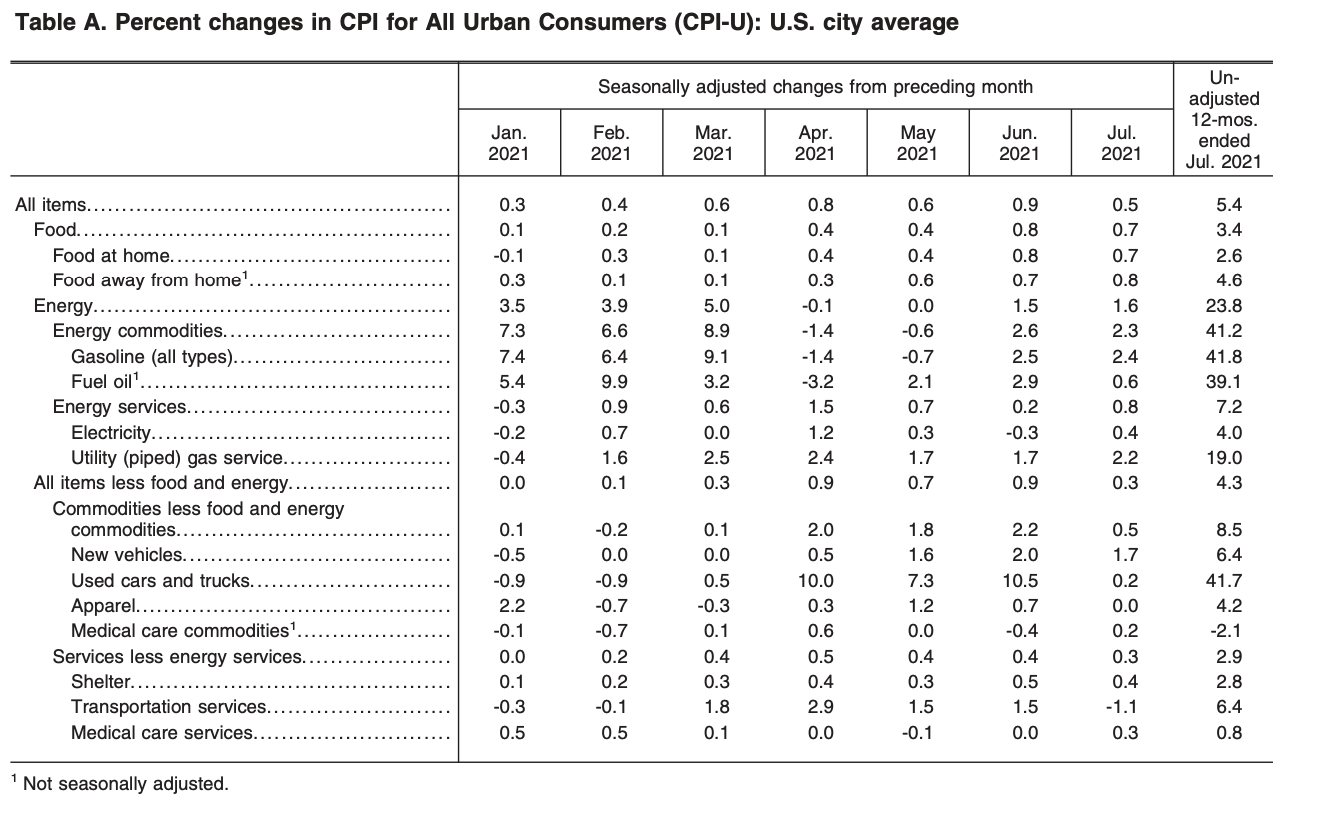 What underlying factors are driving this inflation?

In many ways, the pandemic has created an environment ripe for inflation. First, we are witnessing a massive release of pent-up demand as retailers open their doors and airlines resume normal flight routes once again. It might seem counterintuitive that Americans are emerging from a pandemic with enough money in their pockets to demand more goods and services than producers can supply in the short-term, but there are a few unique factors at play. An extended period of lockdown, without access to restaurants, entertainment venues, and other common spending hotspots, has forced many people to increase their savings, even if they did offset a portion of these savings with the occasional online shopping splurge. According to Bureau of Economic Analysis and Barron’s, Americans have saved an extra $2.4 trillion since the pandemic hit.

Second, the CARES Act and American Rescue Plan have given most households more than $3000 in direct cash assistance. These fiscal supports, extended in the context of a low-interest-rate environment, have resulted in a distinct frothiness in consumer demand.

Third, we are still feeling the aftershocks of supply chain disruptions, both in terms of production and transportation. Let’s consider price inflation for new and used vehicles. In the spring of 2020, semiconductor manufacturers reduced production in response to weakened demand. The resulting shortage forced U.S. car manufacturers to reduce production, which, in turn, increased the price of used vehicles. On the transportation side, the shortage of containers in the global shipping industry is making nearly every imported product more expensive. The significant spike in gasoline prices is a trickier number to interpret. Most analysts point to rising demand and OPEC nations’ agreement to limit exports, while others insist that Biden administration policies like the moratorium on federal oil and gas leases are at least partly to blame for the 40% rise in crude and gas prices this year.

Finally, a growing chorus of U.S. business leaders is linking rising prices and shortages to Trump-era tariffs on products like steel, aluminum, and semiconductors that preceded the COVID-19 pandemic.

Is CPI telling us the full story?

When you look carefully at changes in CPI for different categories, one thing that may stand out
is the 2.8% increase in the cost of shelter, which accounts for one third of CPI. The BLS reports that the cost of homeownership, specifically, has increased by just 2.0% from February 2020 to February 2021. If you’re in the market for a house, as I am, it doesn’t take an economist to scroll through price histories on Zillow.com and notice that in most housing markets, prices have risen more precipitously than 2.8% in the past year. In fact, the Case-Shiller National Home Price Index puts the increase closer to 10% for 2020. CPI has always had its problems, and housing is one of them. Instead of taking home sale prices and mortgage rates into account, CPI bases its shelter component on Owners’ equivalent rent (OER) of primary residence. Unsurprisingly, many or most owners don’t know what the equivalent rent price of their home would be if they were to rent it out.

If CPI understates the rise in home prices, it also runs the risk of failing in the other direction. Without taking into account that consumers substitute away from goods whose relative prices have risen, CPI can overstate the rise in a consumer’s cost of living. While CPI continues to serve as a helpful indicator for inflation, it is a flawed enough measure of the overall cost of living that we should take it with a grain of salt.

Is wage growth keeping up with inflation?

In short, no. BLS data indicates that wages and salaries increased 3.5 percent between June 2020 and June 2021, falling short of the overall inflation rate. Similarly, the Federal Reserve Bank of Atlanta’s Wage Growth Tracker showed both hourly and weekly wage growth of 3.2 percent in June on a three-month moving average. When we look at real average hourly earnings from June 2020 to June 2021, which are adjusted for inflation, BLS reports a 1.7% decrease. Average weekly wages in leisure and hospitality did increase 10.4%, reflecting a well-publicized scramble for employees to meet surging consumer demand in these industries, but the overall picture is less than rosy.

How is the Federal Reserve responding?

The Federal Open Market Committee (FOMC) ended its June 2021 meeting by announcing no change in policy, resisting pressure to increase the near-zero interest rates that are keeping the economy on a sugar high—or a healthy diet, depending on your perspective. Chairman Jerome Powell acknowledges that the inflation rate has taken Fed officials by surprise, but he believes that inflation will fall soon enough as the transitory factors that are driving it are resolved.

The Biden White House defends Powell’s assessment, comparing our current situation to the years immediately following World War II. A policy document published in July claims that, much like today’s post-pandemic inflation, the spike in inflation following World War II involved pent-up demand, supply shortages, and the elimination of price controls. From this perspective, “inflation could quickly decline once supply chains are fully online and pent-up demand levels off.” 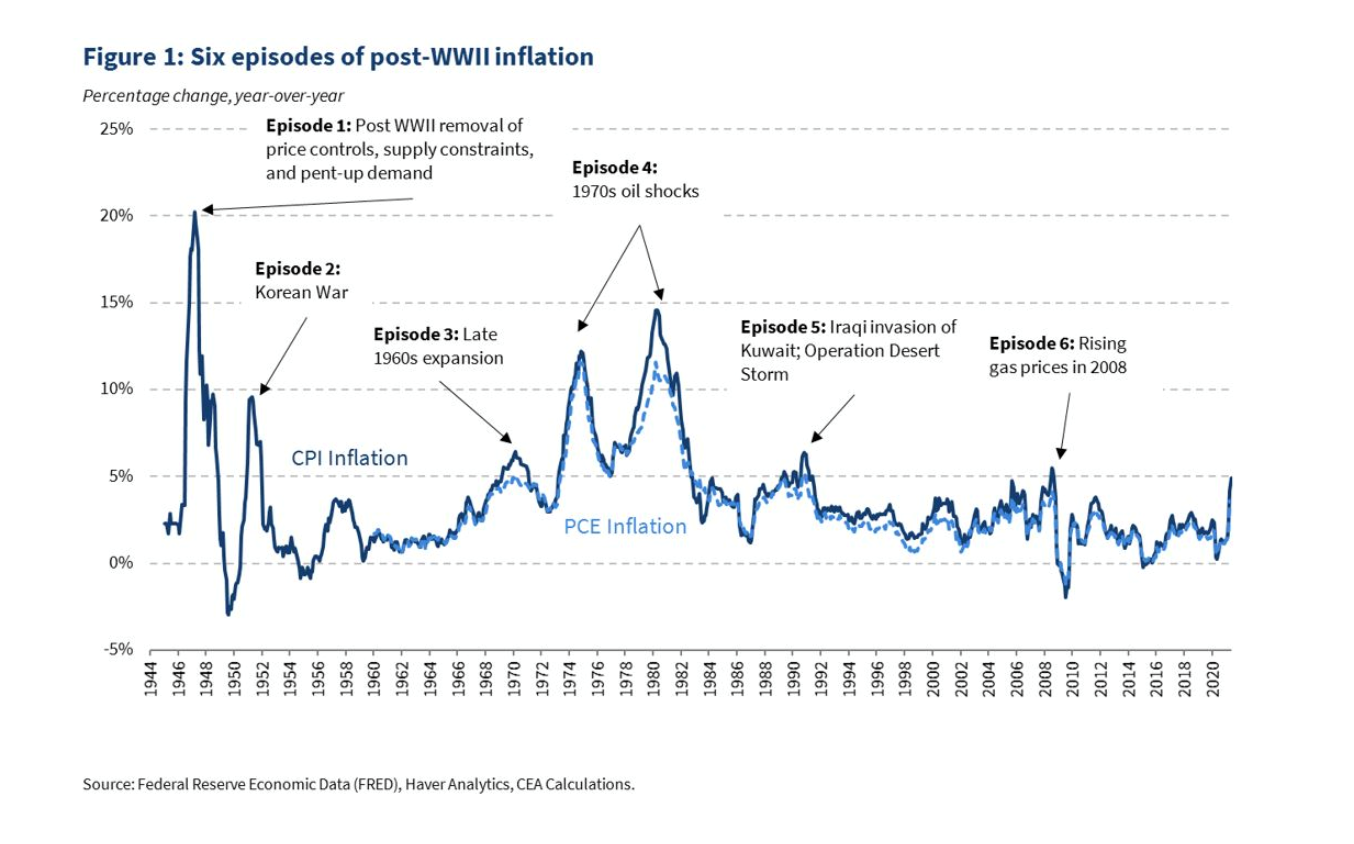 While there are certainly parallels between the postwar economy and today’s economy, it’s hard not to flash back to 2006, when the Fed was confident in maintaining interest rates low following the 2001 recession. Is it making the same mistake now? We will be only able to judge the wisdom of the Fed’s response—and the White House’s support—with the benefit of time.

How worried should we be?

It’s hard to sugarcoat a 5.4% inflation rate. We haven’t seen that since the last financial crisis. If we reach the point where people are spending their money like there’s no tomorrow, expecting it to lose value quickly, we will see a snowball effect that will be difficult to stop. At this stage, the inflation we’re witnessing doesn’t merit full-out panic, but it does merit careful scrutiny. I expect that at Simon Business School, inflation will remain high on our list of economic indicators to observe, analyze, and illuminate for the foreseeable future.