This blog post discusses the power of analytics and how social media meets customer service. 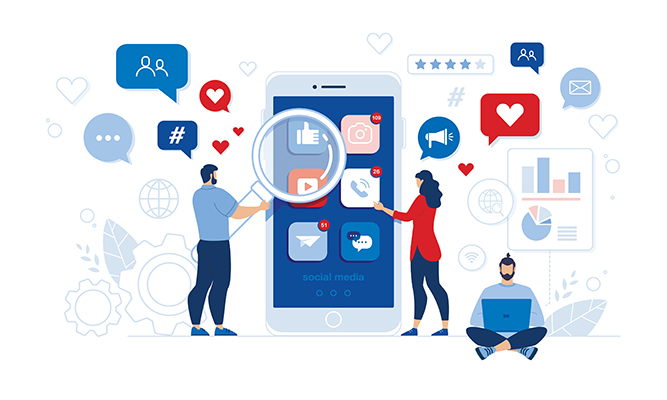 The Power of Analytics: Where Social Media Meets Customer Service

If you call a 1-800 number and endure the hold music for long enough, you can reasonably expect to reach a customer service representative. If you choose to lodge a complaint via social media, on the other hand, it can be difficult to predict what level of response you will elicit. Some interactions between customers and brands may lead nowhere, while others may ignite a media firestorm.

As a researcher of social media analytics at the Simon Business School, I set out to understand the dynamics of how brands respond to customer service requests on social media and how they can best adapt to the digital age.

The Origin: Digging into the data

In 2010, I started developing TwitterSensor, a platform that is inspired by Google Trends but designed to capture more context information than simple search volume. For more than a decade, TwitterSensor has been accumulating a random sample of all public tweets, with more than 10 billion collected so far. The potential for analytics is nearly limitless. Currently, users can search the occurrence of general terms over the years, much like Google Trends, but with more context relating to the terms. As a result, we can capture the evolution of topics or sentiments among Twitter users over time.

In 2014, I included another feature in TwitterSensor to report the analytics of brand-customer interactions based on a separate data set. My team also began to explore questions at the intersection of social media and customer service. In When Social Media Delivers Customer Service: Differential Customer Treatment in the Airline Industry, we started with a simple observation: a large proportion of customer service requests submitted via Twitter never receive a response, in stark contrast to traditional forms of customer service.

Why do some customer service requests garner responses and others disappear into a void? We decided to focus our research on the airline industry. Using social media analytics, my team examined factors that may influence the likelihood and speed of a response from an airline. For example, we found that the response rate is lower when many Twitter users are complaining at the same time, probably due to resource constraints, much like congestion. The response rate is also lower for complaints with extreme language. On the other hand, customers that report hardships such as flight delays are more likely to receive a response.

While these findings make sense, what surprised us was the discrepancy between official airline policies on responding to customer service requests on social media and another patterns revealed by the data. After controlling for confounding factors such as congestion, seasonality, and text content, we discovered that customers with more social media followers are more likely to receive a response—and are likely to receive a response more quickly. This practice is at odds with our inner sense of fairness. Social psychology theories typically define fair allocation of resources in three ways: equality (equal allocation), equity (allocation based on contribution), or need (allocation based on need). Clearly, preferential treatment based on social influence violates all three and creates a recipe for disaster in public relations. Ironically, companies across the board insist that they respond to customer service requests on social media fairly, with many claiming to do so on a first come, first serve basis.

In the past few years, the world has watched similar violations of fairness play out in a highly public fashion. In 2017, Dr. David Dao was famously assaulted and dragged off United Airlines Flight 3411 after refusing to give up his seat for an airline employee. After United Airlines CEO Oscar Munoz initially defended Dr. Dao’s removal, the backlash on Twitter was swift and decisive. Under considerable public pressure, Munoz issued a public apology, but not before the incident had damaged his company’s brand reputation.

Any company that hopes to survive and thrive in the social media age must formulate a game plan for responding to customer service requests:

First, companies have a strategic imperative to create and abide by a fair policy surrounding customer service on social media. This policy will define fairness based on equality, equity, or need—not popularity or influence. When companies leave fundamental concepts of fairness out of economic considerations, they willfully expose their brand reputation to higher levels of risk.

Second, they need to embrace transparency. Every year, increasingly sophisticated analytic tools reveal more and more insights about the way companies address customer requests. At the same time, customers are increasingly willing to penalize a company by publicly airing complaints on social media and rallying others to withhold their business.

Finally, companies should take the initiative to monitor and benchmark the KPI of their customer service efforts on Twitter and other social media platforms. These efforts will enable them to anticipate problems and evaluate the effectiveness of their social media engagement in real time.

By learning to deliver fast and fair customer service on social media, companies will not only avoid public relations pitfalls—they will also gain new tools to strengthen their brand perception among an increasingly digitally-savvy consumer base. With the right plan in place, a liability can become an asset.

Huaxia Rui is a Xerox Chair of Computer and Information Systems at Simon Business School.