Simon Business School Dean Sevin Yeltekin and IMD finance professor Dr. Karl Schmedders discuss the hype around ESG and reflect on the future of ESG in finance, particularly as it relates to climate change. 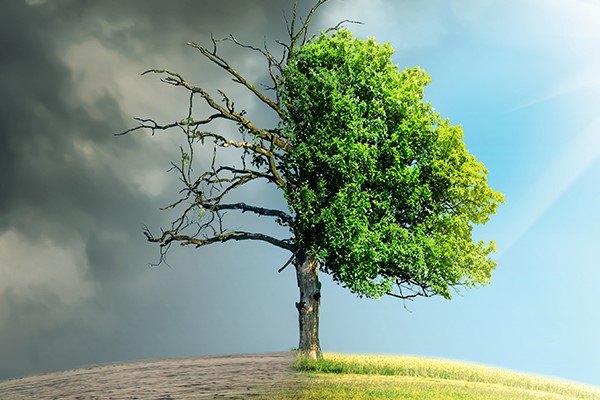 ESG and the Economics of Climate Change

In 2004, a landmark report entitled “Who Cares Wins,” initiated by the UN Secretary-General and UN Global Compact in collaboration with the Swiss government, was the first to coin the term ESG to describe the process of taking environmental, social, and governance considerations into account when making investment decisions in the financial sector.

With global ESG assets on track to hit $53 trillion by 2025, representing more than a third of projected total assets under management, ESG remains at the top of the agenda in the world of finance.

In a recent Zoom webinar, I invited IMD finance professor Dr. Karl Schmedders, who was a former colleague of mine at Northwestern University and a former Stanford classmate, to explain the hype around ESG and reflect on the future of ESG in finance, particularly as it relates to climate change.

Here are five key takeaways from “ESG in Finance: Making Sense of the Madness”:

1. The economics of climate change is all about greenhouse gas externalities.

In “The Economic Effects of Climate Change,” Dr. Richard Tol wrote that “climate change is the mother of all externalities.”

In our webinar, Dr. Schmedders targets greenhouse gas externalities, in particular, as the root cause of the problem. He points to cement manufacturing as a prime example of a situation in which markets produce massive amounts of CO2 emissions that they fail to pay for. “The impact of that emission doesn’t really affect the cement manufacturers,” he says. “It affects all of us. Worse, it affects our children, grandchildren, and great-grandchildren. A CO2 molecule stays there in the atmosphere for 100 years. The cement manufacturer doesn’t pay the cost. Other people pay the cost. And if you have economic activity that doesn’t pay the cost, you have no incentive to change. As a result, we see an overproduction of greenhouse gases.”

The Paris Agreement was significant for at least one reason: For the first time, concrete numbers entered the conversation. Signatories agreed that they needed to keep the global temperature increase below 2 degrees (Celsius). But the forecast for success is uncertain, says Dr. Schmedders. Though more and more Western banks are moving toward ending fossil fuel financing, industrial heavyweights like China are offsetting progress by investing heavily in developing countries.

2. Global governments are ramping up the pressure on carbon emitters.

As a society, we’ve reached a general consensus that we need to give incentives and disincentives to companies, consumers, and investors to reduce CO2 emissions. It’s translating this consensus into effective policy that presents the real challenge. Since the United Nations Framework Convention on Climate Change was signed in 1992, global CO2 emissions from energy and industry have still increased by 60%.

According to the World Bank, there are now 61 carbon pricing initiatives in place or scheduled for implementation worldwide. Half are carbon taxes and the other half are permit (“cap and trade”) systems. The permit systems allow companies like Tesla, which has historically lost money on car sales, to make several hundred million dollars a year from selling their carbon permits to greater polluters.

Without dramatic technological advances, true zero emissions is an unrealistic goal in the short term. Instead, a list of countries is committing to net zero emissions by 2050 by balancing out what they produce. Returning to an earlier example, cement manufacturers have no way of producing cement without producing CO2 emissions, but they can buy carbon credits to ensure that they are offsetting that impact elsewhere.

3. Don’t underestimate the risk of transitioning to a green economy.

The financial industry has the power to catalyze or hamper the transition to a low-carbon economy through lending and capital market actions. Unfortunately, the best of intentions can translate into financial crises in unexpected ways.

“The challenge for policymakers is to create a just transition,” says Dr. Schmedders. “You can’t just switch off coal-powered plants. That’s how you create poverty and social unrest.” It would be a tremendous mistake for policymakers in Switzerland and Germany to assume that the tangible costs of transitioning to a greener economy are feasible for people in India and Indonesia.

Stranded assets, or resources that have already been produced but can no longer be used for economic benefit, can lead to significant dislocations. When President Biden halted progress on the Keystone XL Pipeline back in January, widely viewed as an environmentally-friendly move, several companies lost substantial business and were forced to lay off employees. For them, the decision was a severe blow to their finances.

Dr. Schmedders also points out that the fossil fuel industry has proven reserves on the asset side, with debt and equity on the other side of the balance sheet. If they find themselves with considerable stores of coal and gas that the world has decided not to burn, they’re going to have a problem. The policies set into motion will certainly benefit green companies over brown companies over the coming years, but the environmental risk of transitioning too slowly must be weighed against the financial risk of transitioning too quickly.

4. Trying to develop standard measurements for ESG is an ongoing struggle.

“If you look at credit ratings, ratings of ESG are an absolute mess,” says Dr. Schmedders. “Without better measurements and standards, we’re seeing greenwashing and cherry-picking.” Fortunately, global accounting associations are aware of the problem, and the need for better data and more consistent analysis is on the agenda at the COP 26 UN Climate Change Conference scheduled to take place in Glasgow this fall.

5. Policymakers are leveling the playing field between green and brown investments.

Many investors and wealth managers believe that ESG comes at the expense of returns. Ten years ago, they would have been correct. But now that policymakers from Washington to Warsaw are implementing policies that favor green investments, the playing field is becoming more level every year. Policymakers have decided that green should win, so they do what they can ensure that it does, says Dr. Schmedders. The picture is still somewhat murky, he grants. Brown investments aren’t losing quite yet. What’s crystal clear, though, is that the focus on ESG in investing is here to stay.