In this post, Professor Michael Gofman discusses his headline-grabbing working paper on the problem of brain drain as industry titans and startups lure AI professors away from their university posts, and highlights the new data that has come to light since the paper’s first release. 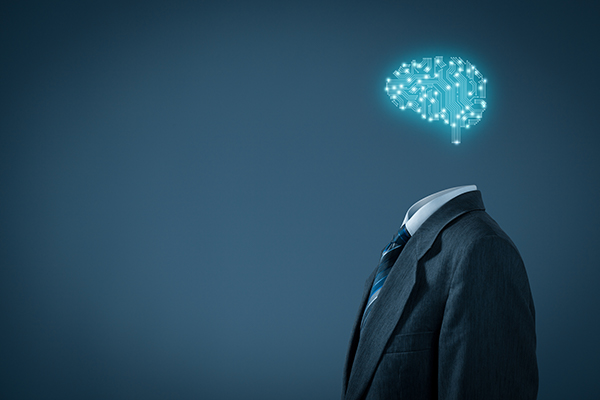 The beginning of the AI revolution

Every September, academics and industry leaders converge to compete in the ImageNet Challenge (ILSVRC), an annual computer vision competition that invites participants to develop software programs that can correctly classify and detect images stored in ImageNet’s large visual database.

After the 2012 competition, the world of deep learning and AI would never be the same. For the first time, the winning entrant harnessed the combined power of algorithms, Big Data, and graphics processing units (GPUs) to create a neural network that could classify and detect images with a dramatically lower error rate than the runner-up.

GPUs were once the domain of the gaming industry, but when leaders in AI recognized their potential applications starting in 2012 and 2013, the technology used in everything from voice recognition technology to autonomous vehicles took a giant leap forward. What is perhaps most exciting to think about is the way that AI can actually write software to invent, predict, and discover. Rather than write one program that can win a chess game and another that can control a lighting system, we’re moving toward AI that can do it all at once.

Thanks to these rapid advances in AI, our society is entering the Fourth Industrial Revolution, or Industry 4.0. Unfortunately, only a small group of people scattered across academia and industry can claim expertise in the field. Unless those individuals can successfully transfer their knowledge to a wider audience, the economy will be hamstrung, stuck on a suboptimal growth rate.

Around 2017, I started noticing articles that mentioned professors who had recently left their respective universities to join large tech companies or found their own startups. It occurred to me that with the departure of these professors, less fundamental knowledge would be transferred to students and colleagues. 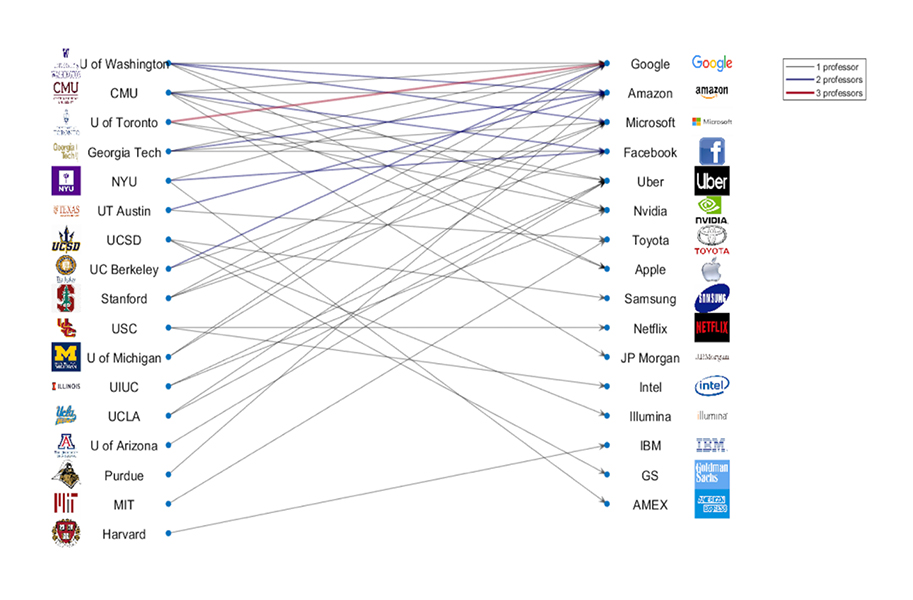 With the help of my PhD student, Zhao Jin, currently an assistant professor of finance at the CKGSB, and a grant from the Sloan Foundation, I set out to answer two fundamental questions:

Is it important for future entrepreneurs to learn from AI professors in order to establish AI startups, or they can be successful by learning general management skills in university and hiring specialized labor?

Before we began to collect data, the role of AI professors in the success of AI startup founders, their former students, wasn’t immediately apparent. For every Sergey Brin and Larry Page who studied AI in an academic setting, there is a Mark Zuckerberg and a Bill Gates who dropped out of college and taught themselves to be top-notch software developers and entrepreneurs.

As it turns out, specialized knowledge is a critical factor in founders’ success.

To begin our study, we used LinkedIn to document the brain drain of AI professors to industry in 2004-2018. Overall, we identified 211 tenured or tenure-track AI professors who accepted either part-time or full-time industry positions. Many of these professors were hired by Google, Amazon, Microsoft, Facebook, Nvidia, and Uber (see chart above). Close to 90 professors established their own AI startups, some retaining their university positions.

We went on to examine the effects of this brain drain on AI research production at leading universities. Our research indicates that AI brain drain is significant not only in terms of the quantity of faculty leaving, but also in terms of the quality, with an accelerating trend. In 2010, papers published by the departing professors received 4% of the citations received by all AI papers at the corresponding university. In 2018, this number climbed to 20%. Given that citations measure the quality of an academic output, losing 20% in a single year is unprecedented.

We also examined the impact of brain drain on 177 AI startups founded by 363 graduates of 69 North American universities. Overall, we found that AI brain drain has a negative effect on the number of AI startups that universities produce and on the amount of funding that these startups receive from venture capital firms. The negative effect is most pronounced when students had no interaction with the departing professors because the professors left before their enrollment to the program. While all types of students were negatively affected (PhD, master’s, and undergraduate), the effect on the PhD students is the largest.

When knowledge transfer is lost, so is innovation. While departing AI professors will innovate in their new roles, they miss the opportunity to spark more wide-scale innovation by raising up the next generation of AI leaders in an academic setting.

The research presented in the first draft of Artificial Intelligence, Education, and Entrepreneurship led to a host of new questions, some of which we will answer in the updated draft.

Is the negative effect of AI brain drain driven by faculty members who leave their university completely or by faculty who maintain affiliation with the university while working in industry?

In innovation hotspots like Silicon Valley, it’s not uncommon for nearby universities to offer well-known professors the opportunity to maintain a presence on campus while spending a good portion of their time in an industry setting. Surprisingly, our follow-up research indicates that this arrangement produces worse outcomes than a complete departure to industry. When a professor has one foot in academia and one foot out, they are not only distracted from educating students, but this arrangement also prevents the hiring of a full-time replacement. It’s also worth noting that it’s the most prominent professors who are most likely to maintain a university affiliation, so their partial departure could have had a larger negative effect on students’ AI knowledge acquisition.

How does the replacement of departing AI professors affect AI entrepreneurship?

What are the overall effects of AI brain drain on economic growth?

AI brain drain can have a long-term effect on economic growth. While the departure of AI professors to industry might create more immediate innovations, our society as a whole may be sacrificing long-term gains in growth for short-term benefits.

Though we’re making progress, we are still in the very early stages of understanding an AI-driven economy. I’m hopeful that our paper will inspire new research going forward.